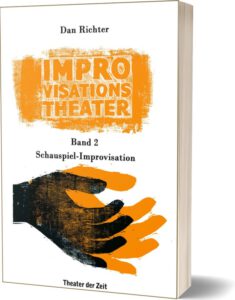 (Deutsche Übersetzung unten)
(From the Joe Rogan Podcast. 0:56:00)
Quentin Tarantino: „Normally, when I do a movie, I have more or less the story worked out. (…) I’m dealing in genre and sub-genre that even dictates a bit. If I’m writing “Kill Bill”, I pretty much know that at the end of the movie she’s going to kill Bill. But exactly how she’s going to kill Bill and how we feel about it at the end, that’s left open for conjecture. Now I can get to there. But I can assume that that’s going to happen. (…) So normally, I have it worked out. But what I learned through trial and error or, I guess, from experience is: That little mapping out of more or less what happens in the story really only applies till the middle of the story. Because by the time you get to the middle of the story, you know so much more before you ever start to putting pen to paper. I mean, now I know who these people are. Now I am these people, these characters, I am them, they are me. Now I truly know who they are and now I’ve invested in this world to such a degree that the hope is, by the forty percent mark or the fifty percent mark, the characters take it from here. And from that point on, they’re writing the story.
Joe Rogan: “So you’re just essentially thinking through their eyes or thinking through their minds and behaving like them.”
Tarantino: “Yeah. Look, I am the storyteller. So, if I have to steer them in a direction that I think is more interesting or more exciting, well than obviously I can do that, I have the power to do that, but I’m trying not to do that. I figure, if they want to do it, they’re right. That is truth talking to me. And I figure, they should know best.”

In 2004 Marlon Brando’s health was declining dramatically. He had to use an oxygene flask. Still, he took a role in the animated comedy “Big Bug Man”. Offered the role of an overweighed candy store owner, Brando instead chose the role of a sweet elderly woman, named Ms. Sour.
“As we were entering the house, he was sitting there, head to toe dressed as closely as possible to what he felt the live action version of his character would look like: Gigantic blonde curly whig, full make up, glasses, earrings, necklace, turcoise and gold moo moo, black gloves at elbow length, jewelry… He was a woman. He wasn’t campy, he wasn’t doing any of the cliches that anyone would think a man could fall into. He didn’t fall into that trap. He had created a full, rich, adorable, interesting, unpredictable character.”
1:18:28 – 1:20:00

“The great astists have to be ready to fail which is something not many people do. Because if you have success, then the public accepts you in a certain way, you start somehow involuntarily reproduce the same images, the same type of work. And you’re not risking. Real artists always change the territories. They go to the land where they’ve never been. (…) And there you can fail. That failure actually is what makes this “extra”. The readiness to fail is what makes great artists.”

“As a young one, if you want to be famous and rich, you just can forget about it. It’s not a good idea being an artist. The money and the success is not the aim. It’s just a side effect.”

“I had an old pfrofessor whom I loved very much. He gave me two advices. He said: If you’re drawing with your right hand and you’re getting better and better, and you become vituous, you can do it with closed eyes, you can draw anything you want, the immediately change to the left hand. That was an important advice, because if you become ‘routine’, that’s the end of everything. And the second great advice, he said to me: ‘In your life time you’ll probably have one good idea, if you’re a really good artist. And if you’re a genius, two good ideas, and that’s it. But be careful with them.”

“When I was young I had a lot of ideas, but they weren’t linear. So I never developed a certain style that would be recognized. So I had this obsession about one thing, and I had to do it. And mostly I would do the work I’m afraid of. If I’m afraid of an idea, this is exactly the point I have to go to. If you do the things you like, you never change, there is nowhere. You will always do the same shit again and again. But if you do things that you don’t know, that you’re afraid of, something really different, then it’s really important to go to that different pattern. (…)
One of my exercises for my students: For three months they had to buy hundreds of sheets of paper and one rubbish can. And every day the will sit on the chair and write good ideas. And the ones they like, they put on the left side of the table, and the ones they don’t like they put in the rubbish. And after three months, they all want to present the good ideas. I’m totally not interested in good ideas. I just took the rubbish cans. And every single idea was incredible, the ones you reject, the ones you don’t want to deal with.”

“It’s also interesting which media you should use. You may be a painter, and if you want to be a performer it doesn’t work. (…) You have to know which tool is best for your expression. So for me, to recognize a good performance artist is really simple: The idea can be totally shit, the execution can be wrong, but it’s just the way how he stands, and that’s it. In the space, you know, how you occupy physically the space, and what that standing does to everybody else looking at that person. That kind of difference really makes the difference. It’s a certain energy. You recognize it right away. And you can learn how to execute things, ideas and all the rest. But it’s about energy you cannot learn. You have to have it. It’s just there, when you’re born.” [Here I would disagree. I’ve seen students freeing themselves from their own limitations, gaining an extraordinary stage presence. – DR]

“One of the lectures [lessons??] of Robert Wilson when I was doing the theater piece with him. He was saying to the actors and to me: “When you’re standing in one place and you take it to the next movement, you’re not present.” So this is an incredibly important lesson. When you’re standing in one place, you can’t think of the next step. The next step has to come with your body and mind together. Otherwise you’re missing that moment of presence. So, it’s a hard thing to do, but it’s quite important. There are lots of exercises how to learn that presence.”… Weiterlesen

We don’t rehearse regularly but we do rehearse frequently. And it’s always, just as a reminder “what is our mission statement again? What is it we’re trying to do?” Because part of it is, it has to change for a person.
The idea of constantly changing and evaluating where one is. I think that’s really helpful. To become comfortable is kind of a symptom of needing change. You do this thing and you become comfortable at doing this thing that used to be uncomfortable and now that I’ve reached that I have to realize that and do something else. I think that’s what they’re talking about when they mention the notion of ‘follow the fear.’ You know, push it a little further. And you know just as a reminder this is about failing. This is about the distinct possibility of failure and to not be afraid of failing.
(Q: What do you consider a mistake?) Dave: Something that was missed. A piece of information that went past. I think that’s all it is, really paying attention to all the information that we have.
Kind of our game is to communicate things with as little information as possible. Because that’s I think where it becomes magical.
The main skill in improvisation is paying attention and I think that’s really useful everywhere.
When you see people acting that’s a terrible thing. (…) Instead of acting why don’t you just say these fucking words.

“I’m working on playing in very bizarre situations totally real.”
(Christian Robinson in a facebook thread started by Jill Bernard: “What’s your NEWEST improv revelation, what idea are you just now working on?”

Question: “In all your films, the pacing is very quick. Do you have the actors deliver their lines faster?”
Billy Wilder: “Well, there is a sort of a misconception that pace and quickly speaking is the same thing. You can have pace by people not speaking quickly. It depends on the cut. It depends on the rhythm of the thing, because leisurely moments, silent moments, they have much more power, but certain pictures have to be played at a good clip. But pace and actors just rattling things off…, you know, don’t confuse that.”

“Most actors don’t work, and a few of us are so lucky, to work with writing and to work with directing. Because when you’re a broke actor you can’t write, you can’t paint; you have to practice accents while driving a taxi cab. And to that artistic family that strives for excellence: None of you have ever lost. And I’m proud to share this with you. And I thank you.” (Dustin Hoffman)
http://www.youtube.com/watch?v=EhDmNRQgKLM